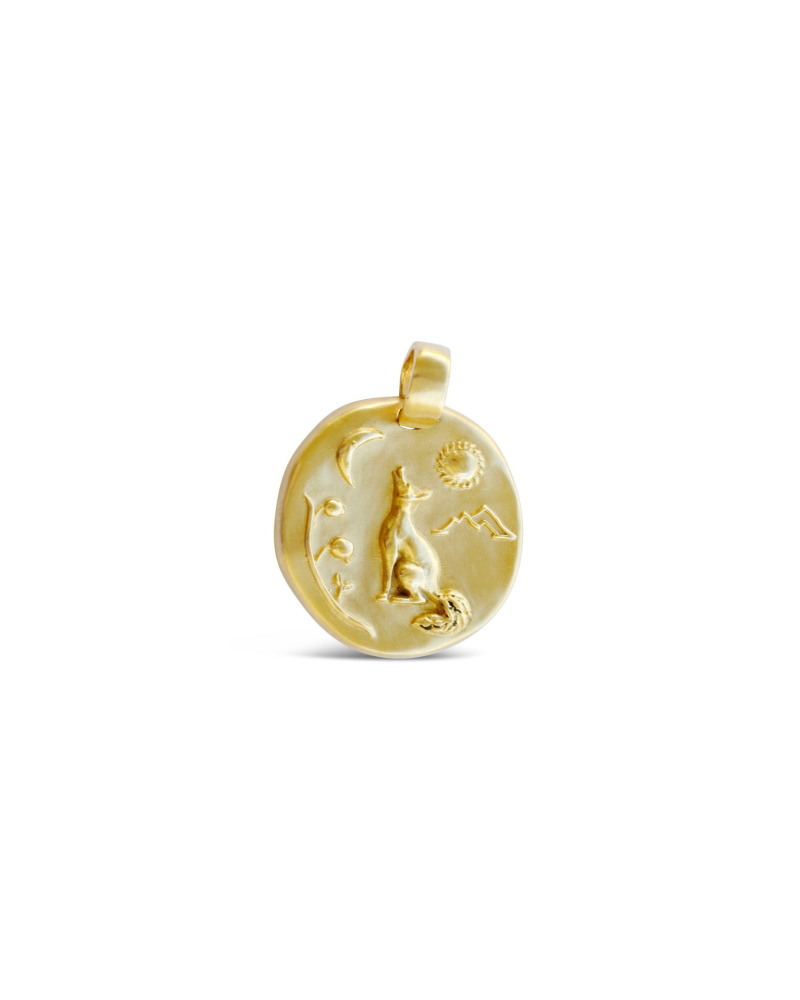 Hand-sculpted fox with a mountain pendant

Limited Series Collection: Only 175 pendants are made and they’re all numbered.

The Greeks called it metis, the quality that defines Odysseus, that ingenious and multifaceted hero who was known as ‘the man of many ways.’ In practically every ancient tradition, the Fox was considered a crafty and playful trickster, who sows chaos and mischief wherever he goes. Like Odysseus, the fox always wins against all odds through his wits and creativity. However, in Mesopotamian, West African and Japanese religions, the fox also functioned as a messenger of the gods, similar to the god Hermes, another shapeshifter and trickster. It is this mysterious role as an intermediary to the divine that interested me here, where I depicted him communicating with the sun and moon deities, which represent the duality and ambiguity of his nature.

Receive Collection Updates To Your Inbox